How to make your app localization successful in the UK

With relatively high smartphone penetration and household incomes, the UK is a key market for many game and app developers. In fact, it's consistently one of the top countries by consumer spend on gaming – and almost half of all men and women play games on their mobiles. An extra bonus from translating your app or game into English is that you're then ready to roll it out across all the world's other English-speaking markets.

Strategy games are extremely popular in the UK and consistently achieve top chart positions. Casual games such as 'Match 3' are also in high demand, and the popularity of role-play and puzzle games has created some interesting hybrids.

Communication apps are popular in the UK – but it's social apps that people spend maximum amount of time on. Photography, shopping, and dating apps also see plenty of action.

The UK's official currency is the Pound Sterling (GBP). It's also known as British Pound, Sterling, Pound, or quid (informal). One British pound (£) is equivalent to 100 pence (p)

Some currency do's and don'ts

Always use the '£' symbol throughout your game, app, or in-app store. Many developers mistakenly display prices in Euros (€) or Dollars ($).

Be aware of the subtle differences in US vs UK spelling, punctuation, pricing, date formats, measurements, terminology, etc. When working on apps or games for use in both markets, give users the option of British English or American English.1 This is particularly important for word based puzzle games, such as 'crosswords' or 'word searches' to use the appropriate dictionary.

Although British English and US English are almost identical, there are notable differences when it comes to culture. For example, the UK doesn't celebrate Thanksgiving – so replicating your big seasonal campaign there would probably miss the mark.

Music, TV and sporting trends are also quite different. Comedy is a good example – where the UK version of 'The Office' was re-created with a very different tone to suit US audiences.

And in sport, 'football' in the UK is known as as 'soccer' in the US, while 'American football' is another game entirely. Below is a good example of how to adapt your title to the UK and global markets: 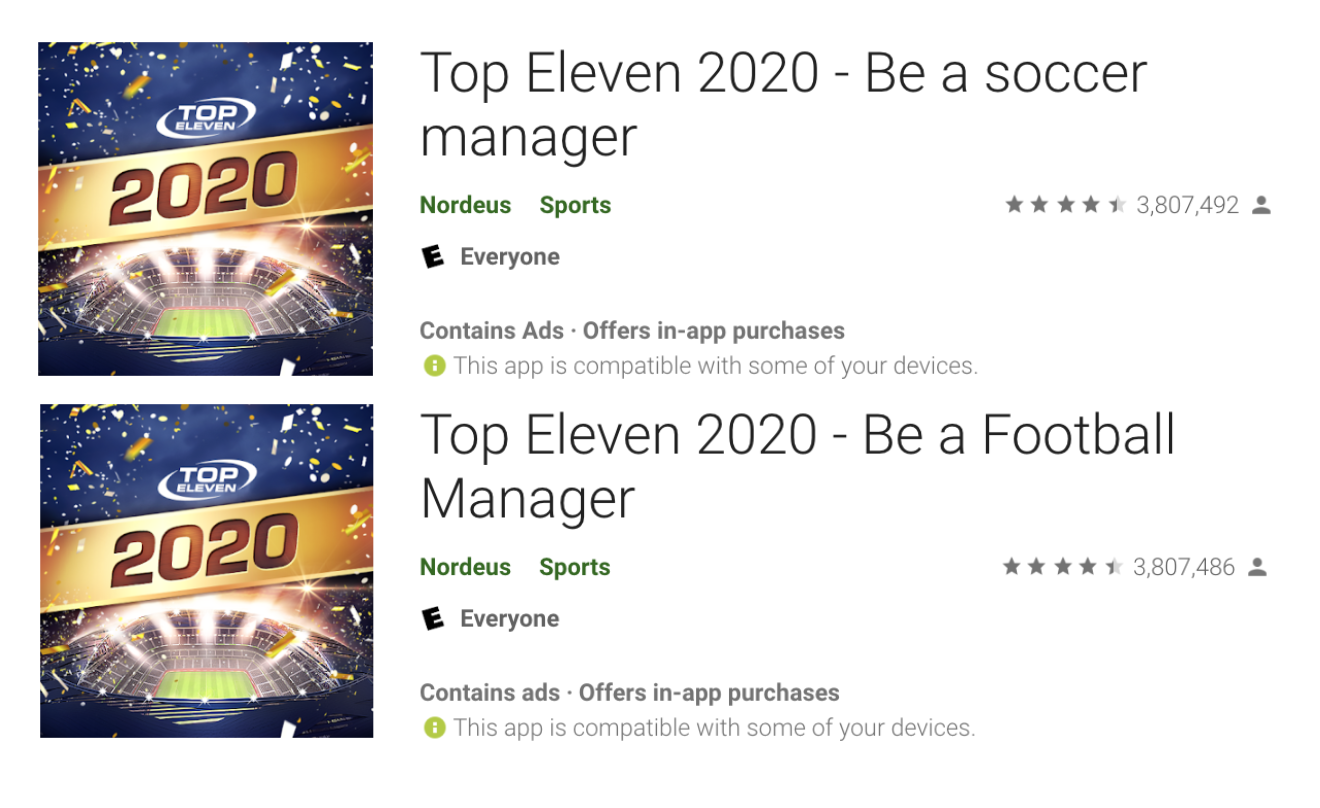 Another misconception about the UK is that it's only one country, or part of mainland Europe. In reality, the UK comprises four countries: England, Scotland, Wales and Northern Ireland.

This is especially important to note when developing apps or games related to sport. Some sports, such as Formula 1, sit under the British flag, whereas in other sports, like Association Football, they sit under one of the four constituent countries.

One last thing: the British Isles includes other islands such as the Isle of Man and Ireland – which is also known as the Republic of Ireland, and is a separate country.2

With one of the largest digital ads and eCommerce markets in Western Europe, there's no shortage of ways to reach and engage new UK users online. For example, the country is among the top 5 users of social media in Europe – making viral marketing through social platforms an especially effective route. The UK also has one of the highest YouTube consumption rates in the world.