How to make your app localisation successful in the USA

The USA is one of the top countries in terms of app revenue. As of February 2019, 96% of the population were mobile phone users – and 81% of these people owned a smartphone. Although 5G networks will be widespread in the future, 4G is currently used on both a pre- and post-paid (monthly billing) basis.1

Mobile gaming is a multi-billion dollar market in the US. In fact, with 200M gamers, it’s one of the top 3 markets for mobile gaming globally, and the second biggest for consumer spend.1

Top game genres in the US cover a wide range of players, from casual to hardcore:2

A number of different gaming trends can be observed in the US, each showing the level of diversity and innovation this market is currently undergoing:

Some of the popular app genres in the US revolve around:

Categories that typically perform best in the US include Communication and social, web browser, Utilities and tools, entertainment and shopping.3 In 2018, the average US user spent almost 3 hours a day in mobile apps.

Other common US app trends include:

2018 saw 30% more engagement in non-gaming apps for Gen Zs versus older demographics.4 This suggests that when designing features, you should consider how different generations may use and interpret your product, and do not assume user identities when localising.

While the US is a mature market with consistently large numbers of installs per year, growth has slowed.5 Instant apps are an increasingly popular way to help drive installs, conversion rate, engagement and reach – and are proving successful across many categories, including travel/local, Ecommerce, and media. 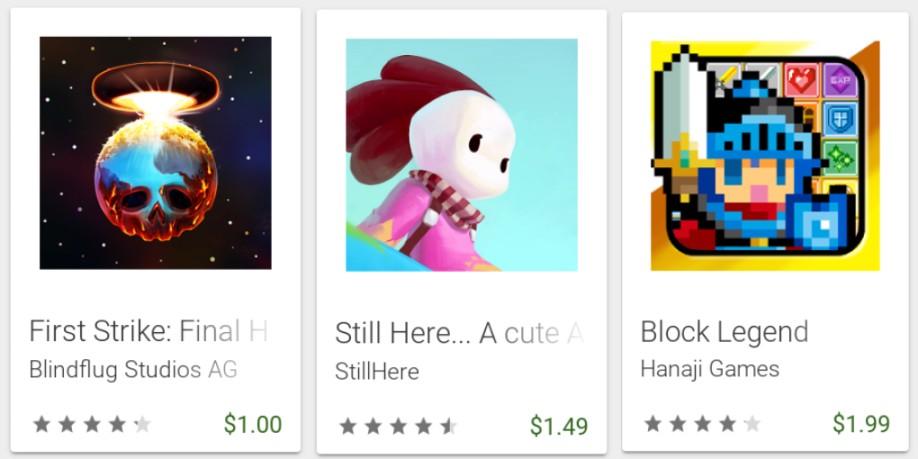 Many apps and games in the US are free to download and play, but offer in-app purchases for users to unlock premium content or features.

Subscriptions are becoming a popular way for apps and games to supplement IAP revenue and drive retention. Consider a weekly, monthly or yearly subscription renewal for your title – and bear in mind that free trials and promo pricing can encourage users to explore your subscription offering and see what’s right for them.

The US has a wide range of demographics and income levels, so always factor these in when pricing your IAP or subscription. If you only consider incomes in major cities or use the national average, you’ll likely price out many potential users.

The US has a broad range of high-end to lower-end devices – and is the second largest market for entry level units or those with 1GB or less of RAM. As such, aim to reduce your apk size. For every 6MB over 100MB, developers see a 1% decrease in install conversion. Large secondary downloads can also lead to early player churn, especially in casual genres.

As for data, many carriers provide unlimited data plans with data throttling at a certain threshold of data usage. However, you should still try to minimise data usage wherever possible.

US consumers are fairly accepting of formal and casual tones, so long as they’re appropriate to the app or game. That said, avoid using old-fashioned or unusual English words when translating – and be careful with slang or colloquial phrases as the meaning will often be lost.

When translating your title into American English, don’t use direct machine translations. While they can give potential users a broad context, their use may also signal that the rest of your app or game hasn’t been translated well. If your app’s name won’t make sense when translated, we recommend adding a subtitle to help explain what it offers.

For example, ‘Dil Mil’ in Hindi means ‘Hearts Meet’ – so the developer created a subtitle to explain the app’s purpose, since ‘Dil Mil’ means nothing to US users.

Although English is the primary language in the US, translating into Spanish could offer significant opportunities, given the US now has the second-largest Spanish-speaking population.1

Inclusion and cultural diversity are also important marketing considerations. Key US cultural holidays and events include Oktoberfest2, Lunar New Year3, Diwali4, Pride Parade5, Women’s March6 and the Islamic New Year7. Make your title more engaging with the US market by integrating these seasonal events into your market mix as appropriate. 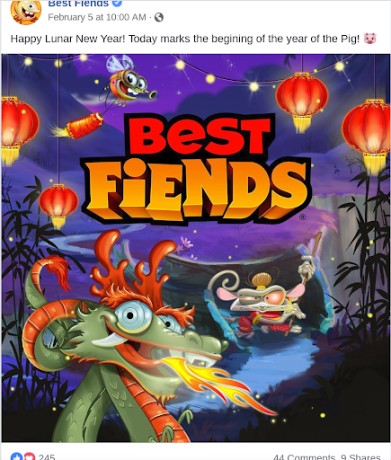 Many app and game developers also piggyback big seasonal shopping holidays in the US. For example, Black Friday is the day after Thanksgiving and is the busiest shopping day of the year, followed by Cyber Monday. Consumers expect to see sales around Labor Day and Memorial Day too, so offering deals at these times could be a good option for you.

For example, one developer chose to offer an exclusive Black Friday deal of a subscription for just $2.99/month for 3 months, compared with a regular minimum monthly price of $8.99/months.

Influencers across social media, Microblogging platforms and YouTube are often paid by brands to promote their products or services – and could help you do the same.

Given that TV ads are often too expensive for most app developers, you could also consider using mobile ads. These now account for about 40% of digital ad spending, and will soon surpass desktop ad spend.1