How to make your app localisation successful in Thailand

69 million people live in Thailand, making it the 20th most populated country in the world. Fueled by a rise in middle class incomes, GDP per capita reached $17,000 (PPP) in 2017 – leading to rapid smartphone adoption. In fact, over 54 million Thais now own a smartphone, and they rank among the world’s most prolific users of social media1.

While credit card penetration is still low in Thailand, Google Play offers alternative forms of payment such as gift cards and carrier billing – making it easy for users to purchase in-app content. Thailand also offers a favourable commercial environment, ranking 27th globally in terms of ease of conducting business, and 6th within Asia according to the World Bank. Let’s take a closer look at 7 key factors that will help you decide whether now is the right time to expand your app or game in Thailand.

Increasingly, these top games often drive user engagement and revenue through frequent game updates, new content, and in-game events targeted to Thai users. It’s also worth noting that many of these games have an Asian art style, with influence from North Asian markets. 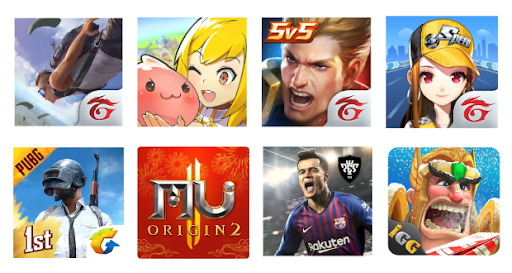 Social, dating and entertainment apps tend to perform well financially in Thailand. For example, although Line is a messaging app, it also allows users to buy stickers. In the entertainment app genre, music, live streaming, and funny content also monetise well. As a business model, mobile app subscriptions are a relatively new concept for most users, who aren’t used to paying recurring fees for content. As such, many apps offer a one-time in-app purchase, with subscriptions also available as users become more familiar with the idea. Many developers also offer shorter duration subscriptions (for example, weekly) – to try and make the price points more affordable, and encourage people to try. 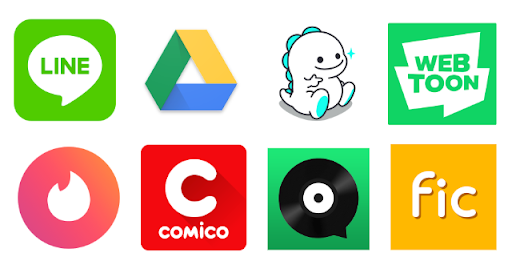 Smartphone users in Thailand have been upgrading to better phone specs in recent years, but many still own models with lower memory or storage. While 3G/4G coverage is relatively strong in Thailand, the cost of data is still a big consideration for lots of people, so it’s worth optimising your app or game accordingly to ensure the broadest reach.

For example, try keeping both your initial APK size and total app size manageable. If your game has high-quality graphics, aim to keep the total app size after download to below 1GB. Making sure your app or game works on a smartphone with a lower memory is also important – as this will help avoid crashes, freezing, poor rendering, and an overall bad user experience.

Consider giving users the option of either high-quality or low-quality graphics/animations based on the capabilities of their device. Also, be sure to test your app on various devices, particularly those with older operating systems.

Consumers in Thailand still have lower disposable incomes compared with more developed markets, so it’s important to allow for this when setting prices.

For games, it’s pretty common for developers to offer a starter pack with attractive prices – often $1 or less. In fact, sub-dollar pricing could be a useful strategy to help you generate new users in Thailand, especially when you consider the minimum price for apps and games starts at around THB 10 ($0.33). You’ll find more details on pricing here.

With more expensive packages, it’s not unusual for prices to be 30-40% lower than in more developed markets, such as Korea and Taiwan – although this varies depending on the specific app or game.

As mentioned above, recurring subscription payments is still a relatively new model in Thailand, but they’re starting to gain traction. To encourage people to try your app, why not consider offering them a weekly subscription free trial.

If possible, try to avoid ‘odd number’ pricing, or prices with decimals.

In Thailand, it’s okay to keep certain names or words in their original English form – especially if they’re new to Thai culture; there’s no direct translation; or the translation is too long. For example, “Raknarok”, “Hogwarts” or even “AI Artificial Intelligence”. Part of the reason for this is that English is taught as a foreign language requirement in all Thai secondary schools, and most Thai users are familiar with the English alphabet. It’s important to remember though that this practice doesn’t apply to other languages, such as Korean, Japanese or Chinese.

Example: Some names, including character names, can be shown in English alongside other text that’s been translated into Thai. 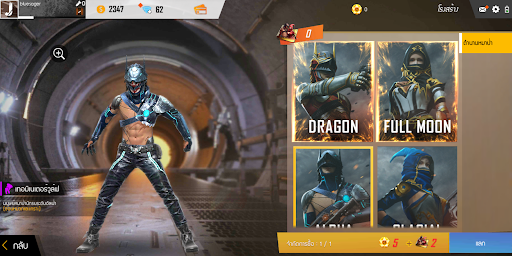 Example: It’s acceptable for names, such as items in a store (as shown below) to be displayed in English alongside translated Thai. 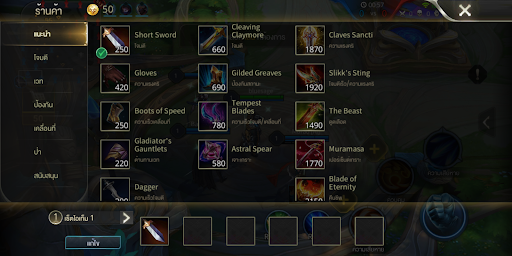 Thai users prefer to read short, concise text, especially on mobile. As such, it’s fine – and even encouraged – to use informal, spoken-style language for text translation, rather than formal, written language. Where possible, it’s also better to use symbols or pictures to convey meaning instead of a translation, especially if the translation is long.

Example: The message is translated into spoken language that’s concise and easy to understand. 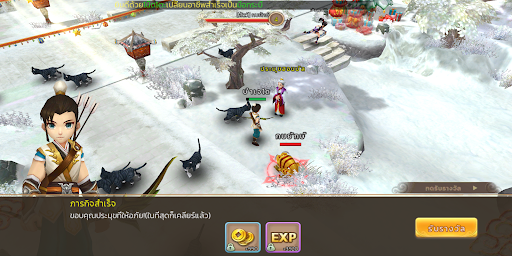 Try to avoid direct word-for-word and machine translations. While these are often faster, you’ll still need a native speaker to check everything over and ensure the context is correct. You might also need to rewrite phrases to convey the same meaning.

When translating to Thai, be aware of new text string lengths affecting your design and display. Make sure the translated content still fits within the UI and has a clean layout. Avoid reducing the font size to make the text fit, as it will likely become illegible. Also, consider using shorter words or images/symbols for a more concise translation. For example, instead of writing “Rewind” or “ย้อนกลับไป” in Thai, you could use icons like “<<”​.

Example: Font style and size are easily readable and fit the layout. 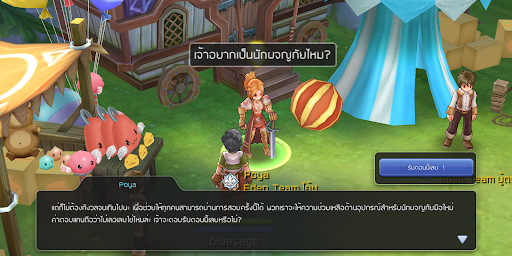 One of the most common issues with font types for the Thai language is leaving insufficient space to display ‘accent’ characters that can be both above and below the alphabets. For example, the word “วันพรุ่งนี้” (“tomorrow”) is rendered incomprehensible if the accents don’t display properly as “วนพรงน”.

Thai users are much more likely to engage with your game or app if the content fits with local culture and sounds like it was made for them. As such, developers often include elements – such as characters, costumes or items – that resonate with local cultures and gain appeal with users. Another approach is to create events that reflect local celebrations, like Songkran (Thai New Year). Here, for example, a water cannon fighting mode could feature in appropriate games during the period. 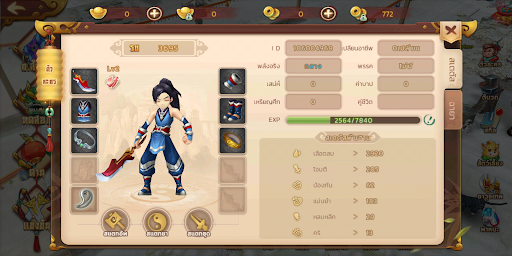 Example: Text fonts are localised, but in a way that fits the game and feels appealing and easy for users to understand. 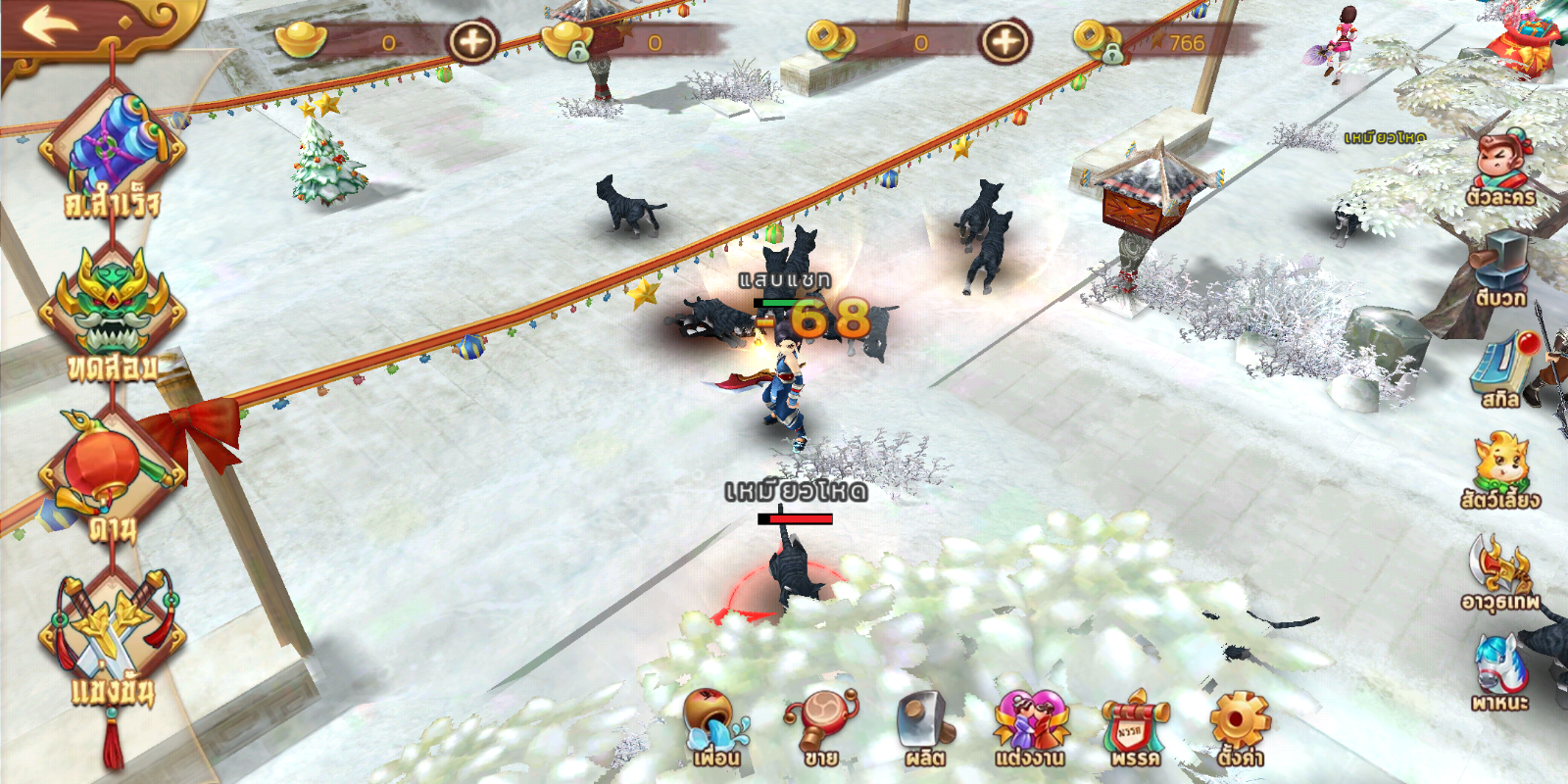 Thai users expect personalised customer support, and many offline and online businesses offer customer hotlines. If that’s not possible, make sure users can reach you via the main social media platforms – and clearly signpost this option for them. For example, many local businesses communicate with users through their Facebook pages and/or official accounts on messaging platform such as Line.

It’s also worth setting up local social media channels in addition to your global ones. That way, Thai speakers will easily be able to get in touch and communicate with your team.

Taiwan is a good proxy market of game performance for Thailand:

Given the similarity in gamer preferences and cultural references, if a game launched and performs and monetizes well in Taiwan, it’s a good potential indicator of game performance in Thailand.

Philippines is a good market in Southeast Asia to test retention:

The Philippines has a lot of users who speak English and is a good market to test retention rate for Southeast Asia markets and Thailand, especially if it’s a multiplayer game that require a large number of testers. You can test the game in English version. Additionally, it is a good market to test if your game performs well on entry-level or mid-tier devices that you may encounter in Thailand.

Malaysia is also a good market to test retention & monetisation:

Consider testing retention & monetisation in Malaysia as a proxy for the performance in Thailand. There’s enough similarities in gamer preferences and APRU in Malaysia and more similar to Thailand. You can test the game in English version, thereby reducing the cost of testing.