How to make your app localisation successful in Brazil

Brazil is one of Latin America’s strongest economies – and with over 200 million people, one of its most populated too.

It also has a buoyant gaming market. According to Newzoo, there are nearly 80 million players in Brazil, with a combined spend of $1.5 billion a year. This makes Brazil the 13th largest games market in the world.

For your app to be successful in Brazil, there are 7 key areas you should take into consideration – covering everything from popular game/app categories and localisation, to culturalisation and user acquisition.

Let’s take a closer look at each one.

Typically, the games generating the highest revenue for developers tend to be in the Action, Strategy, Role Playing, and Casual genres. Trend-wise, real-time multiplayer games are increasingly popular, as are more casual games with meta features like guilds, leagues, and narrative elements.

Entertainment, Communication, Photography, and Social apps are generating the most downloads for developers right now. The fastest-growing category is Entertainment – mainly due to the launch of Globoplay, the largest broadcaster in LATAM. Brazilians are also very social, hence the rise of international social apps like Sing! and TikTok. Communication and Photography apps are also popular at the moment, alongside the use of social media. 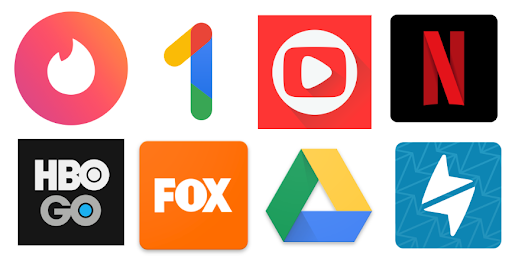 When determining the price of your app or game, we suggest rounding to the nearest ‘99 or ‘90 as this is the pricing structure most Brazilians are used to seeing. It’s also okay to round prices to the next ‘whole dollar’ (eg. $2.00) or the fifty cent variation (eg. $2.50).

Google Play supports tax-inclusive pricing in Brazil. This means all taxes (including VAT) must be included in the price. 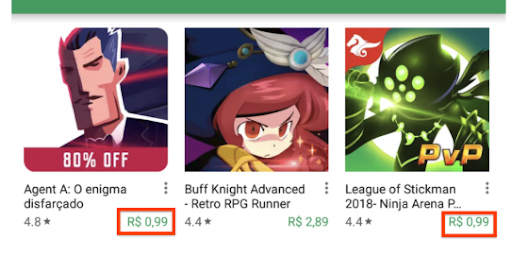 Google Play already provides the most common forms of payment in Brazil. Users can pay with local credit cards and Boleto (a bank slip method enabled through Mercado Pago); gift cards; and Recarga – where users top-up their account in small retail stores, and which has a huge reach of more than 250,000 points of sale.

Most users don’t have data packages, so your game or app should be optimized for low bandwidth plans and mid-end devices. Since the majority of devices in Brazil have 2 to 4GB storage, APK size is important to users. As such, aim to reduce your APK install size to below 40MB for apps, and below 65MB for games.

You’ll also need to ensure your app can be used offline or when network connectivity is poor – by storing data locally, caching data, and creating queues of outgoing requests for when connectivity is restored.

For example, "você" and "tu" both mean the second-person singular “you” – but “tu” is less common in Brazil. In fact, there’s a whole series of words that differ like this. Another example is the word “phone” in English which translates to "celular" in Brazilian Portuguese, but "telemóvel" in Portugal Portuguese.

When translating your app, make sure your text is reviewed by a professional translator or native speaker. Avoid machine translations or direct word-for-word translations too. Although they’re fast, they won’t necessarily ensure the context is correct.

The most popular typefaces used by designers in Brazil are Helvetica, Baskerville, Times, and Gotham. Whichever one you choose, ensure it supports the full library of Portuguese punctuation and accents, like the cedilla tail that appears under certain letter, (eg. “ç”).

Improper use of fonts can also change the meaning of the word. For example “avó” (grandmother) and “avô” (grandfather). In some cases, these special characters simply won’t display, and there will be a gap in your text. 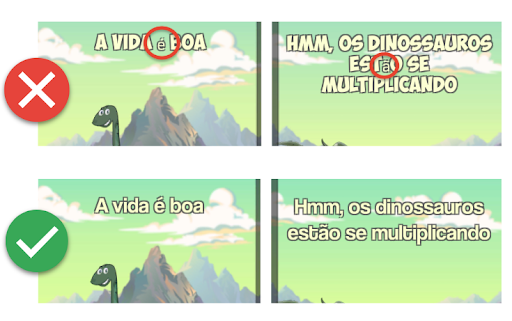 One other thing to bear in mind with translations is that Brazilian Portuguese tends to be 30% longer than its English equivalent. For example, "settings" becomes "configurações" – which would require some recalibration of the user interface to make it fit. In some cases, it might be better to replace the direct translation with a similar word or phrase.

Example: Translated word overflows onto the next line and how it was corrected 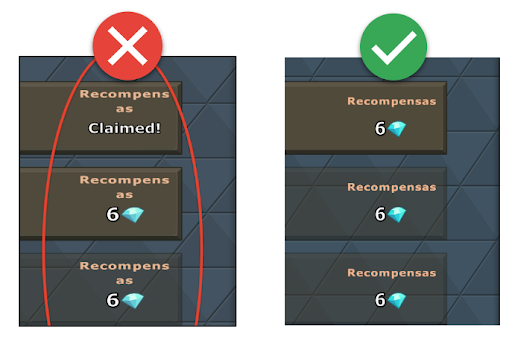 “Brazilian” isn’t actually a language. Brazil’s official language is Portuguese – which although similar in some ways to Spanish, is still an entirely separate language.

Another common misconception is that Brazilians also speak Spanish, or adopt it as a second language.

In the English language, Brazil is spelt with a “z”, while in Portuguese it’s an “s”. While most languages usually have their own accepted spelling of foreign country names, it’s best to use the native “Brasil” if you really want to engage local audiences. That’s not to say they’ll be offended if you use “Brazil”, but they will just assume the content isn’t purposefully designed for them.

Carnaval is celebrated the world over, but the huge parades in Rio de Janeiro and São Paulo are the most famous. These parades are organized by samba schools (called "Escolas de Samba"), and thousands turn out for them. Some bands play for 8 hours at a time, and the biggest festivals last for four days – ending on the Tuesday before Ash Wednesday. These holidays can be good opportunities for travel apps and in-game events and challenges, as many people spend lots of time traveling and looking at their phones. 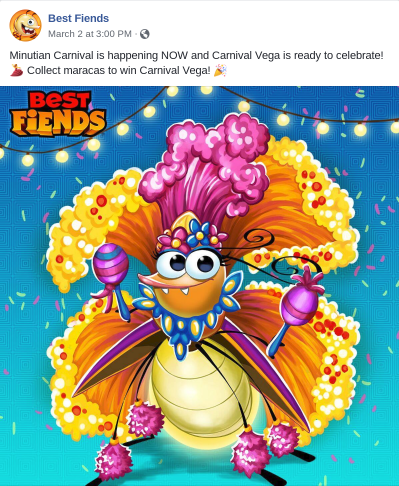 When listing your app in ‘app stores’, ensure your screenshots and promotional text is well localized. We also recommend using subtitles if it doesn’t make sense to translate the app title.

Example: “Coffee Meets Bagel” is a dating app by a US developer. In Brazil, there is no such thing as a “bagel”. Even if there were bagels, nothing in the title suggests it’s a dating app.

Example: Using subtitles to make an app more appealing to users in Brazil. 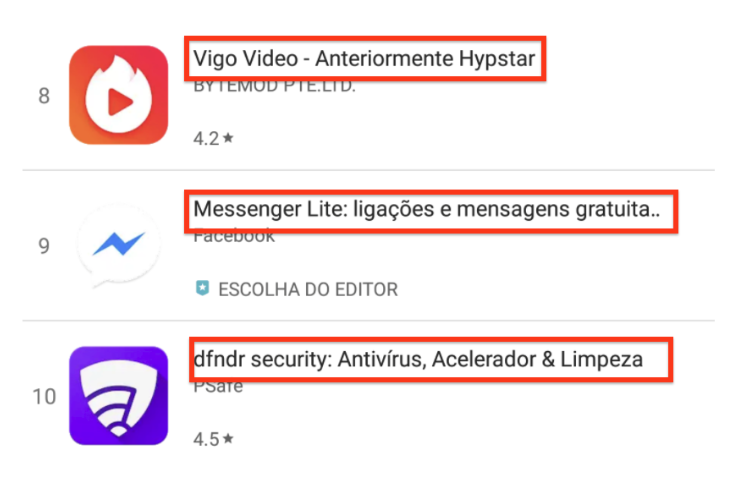 It’s also really important to translate your in-app content. If you don’t, any users who installed your app assuming it was localized will get frustrated and simply uninstall when they see it’s all in English.

Brazil has a very strong advertising industry, and broadcasting and cable TV still command big audiences. It’s quite common to see above the line campaigns for apps, subscription services and, more recently, games.